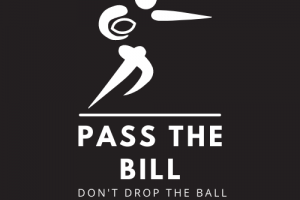 OPINION: Bill an opportunity to change alcohol laws for the better

OPINION: Dr Nicki Jackson, Executive Director of Alcohol Healthwatch explains why it’s so important to get the Supply of Alcohol (Harm Minimisation) Amendment Bill over the line.

Community support for the Pass the Bill campaign has been phenomenal and shows there is a thirst in the community to put people before profits and prioritise stronger protections, writes Dr Jackson.

“Signing for my teenage daughter who should feel much safer on the streets of Wellington than she does. Signing for my teenage son who's drinking every weekend to prepare himself for his first year at university … signing to improve mental health for everyone and for victims of domestic violence … signing because our health dollars could be much better spent on non-alcohol-related health problems.”

These are the words of Janet*, who has signed an open letter calling for higher standards through the Pass the Bill platform. Janet, like us, has a vision of New Zealand communities who are healthier, thrive, and are safer with less alcohol harm.

The Sale and Supply of Alcohol (Harm Minimisation) Amendment Bill (the Bill) is due to be debated in Parliament soon. It utilises two of the most effective alcohol policy levers to reduce alcohol harm and inequities, restricting the availability and marketing of alcohol. For communities who have for so long shouldered the burden of alcohol harm, these changes are well overdue. The Pass the Bill community action initiative (in partnership with Hāpai te Hauora) raises awareness about the Bill and alcohol-related harms, and acts as a platform for the community to express their support.

What makes the Bill worth supporting? Firstly, because it looks to make it easier for councils to develop local alcohol policies that can limit the number and location of new alcohol outlets (e.g., pubs, liquor stores, supermarkets) as well as specify maximum trading hours. It would do this through removing the special appeals process that alcohol retailers are using to delay and downgrade Council alcohol policies. 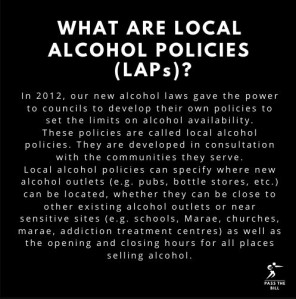 Secondly, because it would break the harmful links between alcohol and sport through ending alcohol sponsorship of broadcast sport. Too often, our sporting heroes become Trojan horses used to market alcohol directly to our children, at stadiums, into homes via broadcast, and even at schools under the guise of porridge promotions.

This warrants considerable concern. Alcohol advertising causes young people to start drinking earlier, and drink more heavily. Young people are a key market for the alcohol industry, for 50 per cent of alcohol use disorders are established before 20 years of age. Worse still, there significant inequities in how this alcohol advertising exposure is patterned. Alcohol sponsorship of sport is directly driving this – Māori are four times more likely to be exposed, and Pasifika five times more likely.

However, the community support for the Bill has been phenomenal. Along with the Health Promotion Forum of New Zealand, we’ve received support from 114 other organisations including Family Planning, Hato Hone St John, Consumer NZ, Child Poverty Action Group, Whānau Āwina Plunket, Women’s Refuge, and the Cancer Society. The wide range of different organisations who’ve jumped on-board has been overwhelming; from independent businesses to schools and principals, to alcohol and other drug rehabilitation centres, to LGBTQI+ organisations, and foundations such as Alzheimers NZ and the Fetal Alcohol Spectrum Care Action Network. Alongside the open letter, the petition has gained almost 8000 signatures in just over eight short weeks. We’ve tapped into a thirst in the community to put people before profits and prioritise stronger protections. Soon, we will present this support to Parliament.

Please share the petition amongst your networks for its final days. Join others like Janet who sign not only for themselves – but for their children, their neighbours, their doctors, and nurses, and those in their community in recovery. We all stand to reap the benefits of less alcohol harm. As Alex* (another signatory) says, “Isn’t it a no[1]brainer?”

*Names have been changed for anonymity

The petition and open letter showcasing support for the Sale and Supply of Alcohol (Harm Minimisation) Amendment Bill will be presented by Alcohol Healthwatch and Hāpai te Hauora to Parliament on September 28.

RSVP: Email passthebill@ahw.org.nz to let them know if you'll be coming!