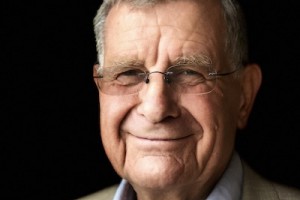 Equity must be at forefront of smokefree goal

Launched in December 2021 the plan has introduced some bold new measures to make Aotearoa New Zealand smoke-free and we asked Prof Beaglehole how effective he thought the plan would be in accelerating progress towards the 2025 goal of a smokefree Aotearoa.

Prof Beaglehole also discusses the latest ASH Year 10 Snapshot Survey and what are some of the key actions that need to be prioritised to help smokers stub out the habit.

HAUORA: How did you become so enthusiastic about the quest to be smokefree and so motivated to be involved in the tobacco-control space?

PROF BEAGLEHOLE: My passion for smokefree Aotearoa came from two sources: the devastation caused by the tobacco industry on my immediate family as I was growing up and the epidemiological evidence that cigarette smoking was the most readily preventable cause of avoidable death and disease in New Zealand and of health inequities.

HAUORA: How much progress, since you established ASH in 1982, has Aotearoa New Zealand made in reducing the burden caused by cigarette smoking?

PROF BEAGLEHOLE:  On the eve of the 40th anniversary of ASH, I can see there has been tremendous progress: adult smoking rates have declined dramatically, especially over the last couple of years, and smoking by young people is at an all-time low. Death rates from heart disease have fallen by over two thirds in the last 50 years and lung cancer rates are also falling, especially in men. The declines in smoking are important causes of these falls in death and disease rates.

HAUORA: The Smokefree Aotearoa 2025 Action Plan has been widely welcomed, including by ASH. But with only three years to go how optimistic are you that we can reach this goal, which will require legislation and policy enacted, supported, and passed by Government, and what are some of key actions you think need to be prioritised during this timeframe?

PROF BEAGLEHOLE: It is a big challenge. But I am optimistic that overall, the population could reach the goal of being 95% smokefree by 2025, that is with less than 5% of the adult population being daily cigarette smokers. However, the concern is that if we don’t act decisively, we could be left with major inequities with higher smoking rates in poor people, including Māori and Pacifica. Cigarette smoking is now a marker of poverty – wealthy people in Aotearoa have already reached the goal, and young adults are well on track.

Yes, ASH welcomes the Smokefree Action Plan and the strong leadership provided by Hon Minister Verrall. New Zealand still has 390,000 daily smokers, and achieving a smoking rate of 5% by 2025 must reduce this number by 200,000. The number of daily smokers fell by almost 100,000 in the last health survey, a huge increase on past years. I think less harmful alternates, such as vaping have had a profoundly disruptive effect on smoking, but we need to do much more to maintain this momentum.

The only way in which the goal will be achieved is to increase and sustain quitting, especially for Māori, Pacific, and the poorest New Zealanders. This will also have the most immediate and measurable impact on health inequities.

The proposed long-term structural changes to smoked tobacco, including supply, de-nicotinisation and filter-bans are important long term and sustainable ways to devalue and end smoking. However, in the short term we need to look after and support the communities that remain addicted to smoking, otherwise we are facing increased inequities in smoking-related deaths and disease.

HAUORA: Do you think enough investment is being made into health promotion and community outreach programmes, as well as targeted mass media campaigns, to help smokers quit?

PROF BEAGLEHOLE: No. over the last few years there has been a major fall in investments in smoking control programmes. This is very disappointing since these programmes work. In the 2021 budget $36.6 million was allocated over the next four years for new programmes, including for Pacifica. This is a start but still grossly insufficient when you consider that the tax takes on cigarettes is about $2 billion a year, most of which is paid, of course, by poor people. Hopefully, there will be bigger allocations for smoking-control programmes in the forthcoming budget.

HAUORA: It must have been encouraging to see, after the ASH Year-10 Snapshot Survey was released in February, that Aotearoa’s daily youth smoking rates are continuing to decline across all ethnicities. You must have also been encouraged that the survey found Māori students led the way with a massive 40% decrease in daily smoking rates since 2019.

PROF BEAGLEHOLE: Yes, very encouraging. Only 1.3% of 14-15-year-olds smoke on a daily basis. And the rate of decline in smoking by young adults is very fast. Young people have essentially achieved a smokefree generation. The decline in Māori youth is particularly encouraging.

HAUORA: The survey also revealed that alongside this drop in smoking amongst teens was an increase in vaping. Can you please share with us your views on non-combustible tobacco products such as vaping, to help quit smoking?

Photo by Romain Blu on Unsplash

PROF BEAGLEHOLE: The Ministry of Health has it right: vaping is much less harmful than cigarettes and very useful in helping people transition away from cigarette smoking. Of course, vaping is not for non-smokers and especially not for young people. The legislation and regulations we have on vaping strike a reasonable balance between preventing young people from vaping and encouraging adult smokers to use, if they want, alternative and safer nicotine delivery devices. However, New Zealand was slow to legislate, and we are seeing the effects of this inertia. We need to give the regulatory settings, which are still being  implemented, time to work. We also need to act with urgency on proposed controls on smoking products that are now more accessible than less harmful alternates.

HAUORA: Are there any new projects/surveys being undertaken by ASH?

PROF BEAGLEHOLE: Yes, we have a new project supported by the Medical Assurance Foundation looking at equity issues among smokers at high risk of further disease. We are also looking to partner with a major local authority on youth smoking programmes.

HAUORA: Do you have anything else to add?

PROF BEAGLEHOLE: It is possible to accelerate progress towards the Smokefree 2025 goal, but we must be mindful of the need to have equity at the forefront of all our work. I am sure the HPF can usefully contribute to this work.