Posted 57 days ago by Lavinia (lavinia@hauora.co.nz) Ngatoko Less than a minute to read 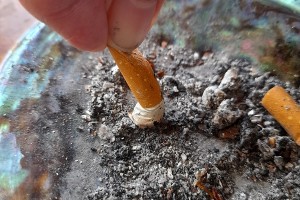 Smokefree and public health experts have welcomed the passing of new Smokefree legislation guaranteeing a healthier, smokefree future for the next generation of New Zealanders.

The three main changes are reducing the amount of nicotine that is allowed in smoked tobacco products, decreasing the numbers of retailers that sell tobacco and making sure tobacco isn’t sold to anyone born on, or after 1 January 2009.

Associate Health Minister, Dr Ayesha Verall said thousands of people would live longer healthier lives and the health system would be $5 billion better off from not needing to treat the illnesses caused by smoking, such as numerous types of cancer, heart attacks, strokes, amputations.

The changes said Dr Verall meant nicotine would be reduced to non-addictive levels and communities would be free from the proliferation and clustering of retailers who targeted and sold tobacco products in certain areas.

“The number of retailers around the country that can sell tobacco will be reduced to a tenth of the 6000 there are now. This legislation mandates a maximum of 600 tobacco retailers by the end of next year.”

New Zealand’s smoking rate is already low, with just 8% of adults smoking daily. This is down from 9.4% a year ago and half the rate compared to 10 years ago. The number of people smoking fell by 56,000 over the past year.

“These measures are important for equitable health for Māori. They will close the life expectancy gap for Māori women by 25% and by 10% for Māori men,” said Dr Verall.

“We’ve done well as a country to get to this point, but there is more to do. That’s why the legislation passed today is so important, it puts us firmly on the path to Smokefree 2025.”

advocates such as Hāpai Te Hauora had long struggled to compete against the deep pockets and political influence of the tobacco industry and its supporters.

"The link between smoking and lung cancer was established in the early 1950s, yet even now people are still arguing for the right to profit from a product that kills about 5000 New Zealanders every year and severely damages the health of many thousands more."

"The whakapapa of this kaupapa is long and prestigious, and we thank those that have worked tirelessly before us to get us to this point. This world-leading legislation has the potential to offer direction for Indigenous people internationally who want to address similar disproportionate health inequities."

Hart cautioned however that while the new legislation was a significant step forward, a lot of work was still required to achieve its objectives, including continuing to work with priority groups to meet individual needs of whānau who are trying to quit.

"The legislation and the regulations are necessary, and they will help, however we also need to build on existing supports that include Māori and community-led health promotion and activation. Māori, Pacific, wahine hapū, rangatahi, and disability groups need to be prioritised and empowered to design and implement solutions with the necessary resources."

"Twelve people a day die because of tobacco, and it is our whānau, hapū and iwi who've disproportionately shouldered the burden of this destructive substance.”

While the political battle has been won, Manning says the next step is engaging with communities, particularly Māori and Pasifika, to support them through the transition.

"Communities need adequate resourcing for quit services as we transition to a Smokefree Aotearoa, so people aren’t left behind," she said.