Posted 58 days ago by Lavinia (lavinia@hauora.co.nz) Ngatoko Less than a minute to read 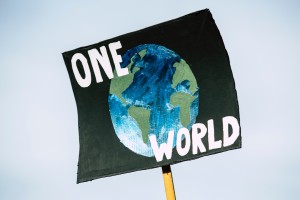 With the planet experiencing its largest loss of life since the dinosaur era ended, there’s a growing realization among environmental advocates that the spread of indigenous practices is crucial to planetary health.

The United Nations Biodiversity Conference (COP15) which is now underway in Montreal, Canada on Kanien’kéha territory is expected to lead to the adoption of a new Global Biodiversity Framework guiding actions worldwide through 2030, to preserve and protect our natural resources.

The framework acknowledges the important roles and contributions of indigenous people and local communities as stewards of nature and partners in its conservation, restoration and sustainable use.

The conference is billed as a major biodiversity COP, because it is expected to lead to the adoption of a new Global Biodiversity Framework, guiding actions worldwide through 2030, to preserve and protect our natural resources.

Delegates and organisers are hoping this framework will have a more lasting impact than the previous version: at COP10, in 2010 where governments agreed to strive for ambitious targets by 2020, including halving natural habitat loss, and implementing plans for sustainable consumption and production.

However, a UN report released that year, showed not a single target had been fully met. 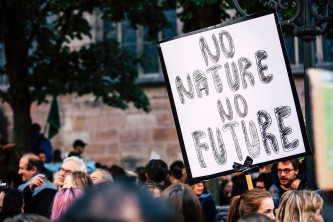 Mr Guterres declared that humanity had, for hundreds of years “conducted a cacophony of chaos, played with instruments of destruction”.

With one million plant and animal species now threatened with extinction, the time to act is now, he said.

The UN chief catalogued examples of this destruction, from deforestation and desertification; to the poisoning of the environment by chemicals and pesticides, which is degrading land, making it harder to feed the growing global population.

He pointed also to the degradation of the Ocean, which is accelerating the destruction of life-sustaining coral reefs and other marine ecosystems - directly affecting those communities that depend on the ocean for their livelihoods.

Three actions to save nature

The Secretary-General boiled down the action that needed to be taken in order to save nature, into three main areas.

The first involved the implementation of national plans that would divert subsidies and tax breaks away from activities that contribute to the destruction of nature, towards green solutions such as renewable energy, plastic reduction, nature-friendly food production and sustainable resource extraction.

These plans would also recognize the rights of indigenous peoples and local communities as stewards of nature. An emerging body of research suggests that traditional techniques, some millennia old, for growing food, controlling wildfires and conserving endangered species could help arrest the dramatic decline of the natural world.

Siham Drissi, a Programme Management Officer at the United Nations Environment Programme said: “We must preserve and strengthen indigenous practices, which contribute to sustainable environmental management and provide leadership in combating climate change, nature and biodiversity loss, and pollution and waste. It must be preserved and enhanced."

We can’t try to stop the biodiversity crisis in its tracks, without true recognition of the important role of Indigenous Peoples, explained Valérie Courtois, director of the Indigenous Leadership Initiative.

The second action outlined by Guterres concerned the private sector which he argued must recognise that profit and protection go hand-in-hand, meaning a shift by the food and agricultural industry towards sustainable production and natural means of pollination, pest control and fertilization; the timber, chemicals, building and construction industries taking their impacts on nature into account in their business plans; and the biotech, pharmaceutical, and other industries that exploit biodiversity sharing the benefits fairly and equitably.

“Greenwashing”, he said – referring to unsubstantiated environmental claims made by companies – must end, and the private sector needed to be held accountable for actions across every link of business supply chains.

Improved financial support from the countries of the ‘Global South’ formed the basis of the Secretary-General’s third pillar for action.

Mr Guterres called on international financial institutions and multilateral development banks to align their portfolios with the conservation, and sustainable use of, biodiversity.

WHAT IS BIODIVERSITY COP15?

(Photos by Markus Spiske on Unsplash)