Posted 23 days ago by Lavinia (lavinia@hauora.co.nz) Ngatoko Less than a minute to read 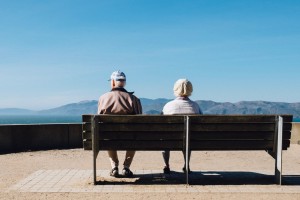 Older people to get Census support

Older people will now have the support they need to be counted in the 2023 Census.

This follows the signing of a Memorandum of Understanding by Age Concern New Zealand with Stats NZ.

On March 7, 2023 Stats NZ will conduct a nationwide census to collect information about the people of Aotearoa New Zealand and where they live or stay. The information helps community groups, iwi, councils, businesses, and government make decisions about how much to fund and where to locate services – such as healthcare and housing – that affect everyone in New Zealand, no matter your age.

“This helps us to determine what support and where support is needed for older people and gives us better data on our ageing population for forecasting into the future,” she said.

“Knowing this information is a huge help when applying for funding, delivering services, and maintaining our paid and volunteer workforce.”

“The 2023 Census is aiming to be the most inclusive census yet. We will have twice as many census collectors compared to the 2018 Census, we are collaborating more with community organisations such as Age Concern, and there will be more community events where people can get help with their census,” said Mr Mason.

“Everyone in Aotearoa New Zealand, regardless of their age, deserves to be counted in the census. With their strong connections with older people around the country, Age Concern will have a vital role to play, and we are delighted to be working with them on the census.”

Ms Billing-Jensen said Age Concern sites would be equipped to help people complete their census forms, for example by supporting those who don’t have internet access.

“We will also be able to help you, or point you in the right direction, to get paper and large print paper forms, resources in te reo Māori, New Zealand Sign language and other languages, and even assist you to complete the census online or on paper forms so you know you are counted,” she said.

“All of us count – Tatau tātou. Age Concern is here to make sure our older people get counted too.”

(Photo by Matt Bennett on Unsplash)