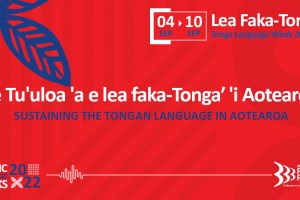 This will help to stop the decline in its use by the New Zealand-born Tongan population, said Minister for Pacific Peoples Aupito William Sio while launching the week. 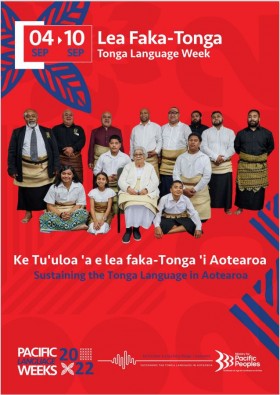 The theme is: Ke Tu'uloa 'a e lea faka-Tonga 'i Aotearoa, meaning Sustaining the Tonga Language in Aotearoa.

“It has been so great to see the Ministry and Tongan groups around the country, who have delivered many wonderful language initiatives over the years, collectively decide to put a spin on the Pacific Language Weeks’ theme of sustainability,” Mr Sio said.

“The word Tu’uloa in the theme this year means to continuously grow, nurture, and sustain a valued idea, practice, event, or memory in an enduring way.

“Rather than forcing everyone to stick to the theme, organisers thought it would be more relevant to give ownership and responsibility to the community to interpret and articulate what Tu’uloa means to them.”

Statistics NZ has reported Tongans to be the fastest-growing Pacific ethnic group in New Zealand in recent years, with their numbers increasing more than threefold between 1986 and 2006.

According to the 2018 Census, New Zealand had a Tongan population of 82,389 that year, but only 12 per cent of Tongans under 15 spoke the language in New Zealand - a decline of nine per cent since 2006.

In the recent Leo Moana o Aotearoa survey, 72 per cent of Tongans said listening and speaking to family members in your household was an enabler, and during consultation on the draft Pacific Languages Strategy in 2021, the Tongan community shared some of their insights on how we might strengthen and maintain lea faka-Tonga in Aotearoa.

Some community groups are planning to deliver their initiatives online, while the majority will be face-to-face. Many of the initiatives this year continue to focus on youth and the passing of cultural knowledge from the elders to young people.

“During Tonga Language Week, many of the online and in-person initiatives will focus on youth and the passing of cultural knowledge from the elders to young people, through activities such as music, cooking, wellbeing, dance, arts and craft, storytelling and oratory – we want you to get involved, mālō 'aupito,” added Mr Sio.

Visit the Ministry for Pacific Peoples' website for a list of events happening online and across Aotearoa. There are also some great resources you can download.